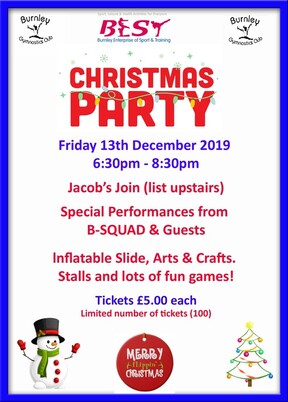 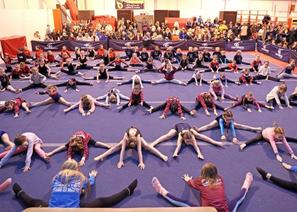 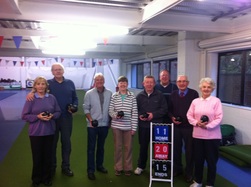 With the cold weather now upon them, the bowlers have the chance to keep
their hand in on a regular basis over the winter period by playing the indoor
version of the game, also allowing them to keep up the social aspect of the
outdoor game.
The Indoor Bowls League has been kindly sponsored by Nigel Holden & Co Solicitors of Barrowford.

To read more about the indoor bowls league, click the link below.
READ MORE 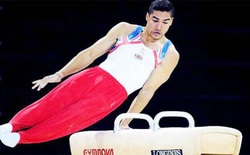 Lancashire Telegraph: Wednesday 24th October 2012
A GENUINE Olympic legacy has arrived in Burnley in the shape of equipment which could be “the springboard to success” for aspiring gymnasts.

The town’s rising stars will now be training on a pommel horse on which British gymnasts Louis Smith and Max Whitlock won silver and bronze at this summer’s Games.

The pommel horse, used by athletes at London’s O2 Arena, is now taking pride of place in the gymnastic arena at Burnley Enterprise of Sport and Training, (BEST).

To read more about the arrival of the London 2012 Gymnastics Equipment, Click the link below
READ MORE 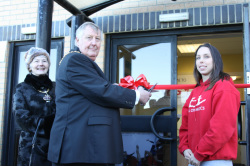 Burnley Express: Monday 20th February 2012
OLYMPIC medal hopeful Beth Tweddle gave youngsters a masterclass in gymnastics when she opened a new Burnley sports centre. The three-time world champion was in town to cut the ribbon on the Burnley Enterprise of Sport and Training (BEST) centre at Network 65. Burnley Gymnastics Club has recently relocated there and it is hoped the centre, which will cater for a number of sports, will help inspire future generations to get involved in sport and maybe even one day represent their country at the Olympics.

To read more about the Grand Opening of The BEST Centre, click the link below
READ MORE

Burnley Enterprise of Sport & Training on Network 65 hosted an Archery taster day along with Burnley Bows in connection with the National Post Olympic Legacy Campaigns 'Join In UK One Big Weekend ' and the BBC's 'Things to Do' projects.

Over 30 Archers covering all age's and abilities took advantage of the free session on a sunny Sunday afternoon.  All Archers were shooting Barebow, Recurve Bow's at 10m target with Olympic style scoring getting participants in the Competitive Mood.

It's a balancing act for Burnley Gymnastics Club 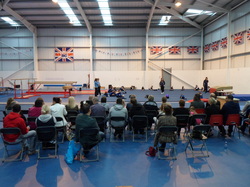 Lancashire Telegraph: Tuesday 10th July 2012
BURNLEY Gymnastics Club is ‘head over heels’ after its first ever inter club event was hailed a huge
success.There was a big turn out from youngsters at Burnley Enterprise of Sport and Training (BEST) – the club’s home since it was officially opened by Olympic gymnast Beth Tweddle and there was an
Olympic flavour to the competition as Burnley torch bearer, Lucy Cowgill, brought her torch along to show off to all of the competitors. It also proved to be a financial success for the club as they raised £513.60 to help towards new equipment with raffle prizes and photos with the Olympic Torch.

To read more on the Summer Torch Gymnastics competition, click the link below.

To read more about Burnley Ultimate Dodgeball Club's and The BEST Centre's success, click the link below.
READ MORE